You are their only defence!

Join us in putting an end to the illegal wildlife trade 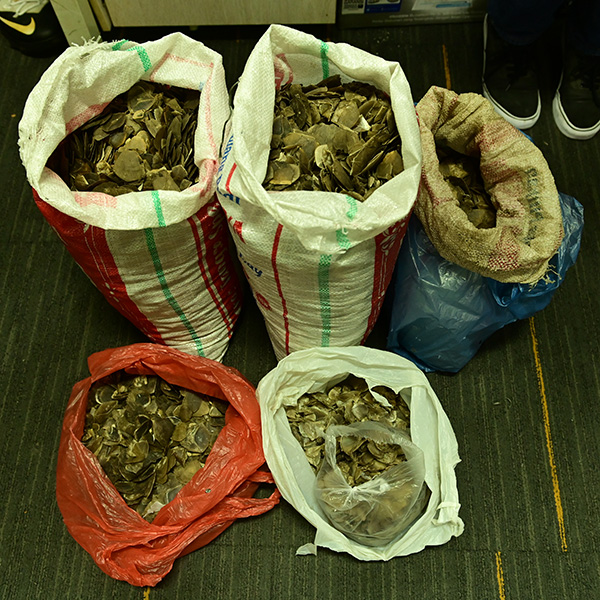 The illegal wildlife trade is decimating wild populations around the planet and fuelling the global extinction crisis. Every year, hundreds of thousands of defenceless animals are slaughtered and sold on the black market to be used for consumption, traditional medicines, ornaments and even jewellery!

It’s an insidious industry and it needs to stop!

You can help put a stop to it. By becoming a Wildlife Defender and making an affordable monthly gift, you’ll be helping our COP Sumatra Team to infiltrate illegal wildlife trafficking networks.

Established in July 2021, the COP Sumatra Team is a dedicated task force based in North Sumatra that is committed to ending the illegal poaching and trafficking of endangered wildlife.

Over the past year the team have been involved in a number of busts, providing critical intel to local authorities that has resulted in the capture and prosecution of these criminals.

In two separate undercover operations in February and June 2022 they uncovered a total of 170 kilos of pangolin scales. It’s estimated that at least 1,500 pangolins were brutally murdered. Had the traffickers been successful, the haul would have returned a street value of CAD $33,000. That’s a small price to pay for the irreplaceable loss of these gentle and defenceless animals!

With traders usually trading in multiple species, every illegal trader that is caught and arrested is vital to the future protection of all Sumatran wildlife, including orangutans.

That’s why we need your urgent help! We need to ramp up our investigations to put a stop to this insidious practice.

From as little as 50 cents a day, you will help bring justice to criminal wildlife poachers and traders. With more arrests, more convictions, and more confiscated animals, we will break the supply chain one link at a time.

With Critically Endangered species like pangolins on the fast track to extinction, we don’t have a second to lose. We must act now before it’s too late. Will you join us?

Donate to save our wildlife DONATE NOW